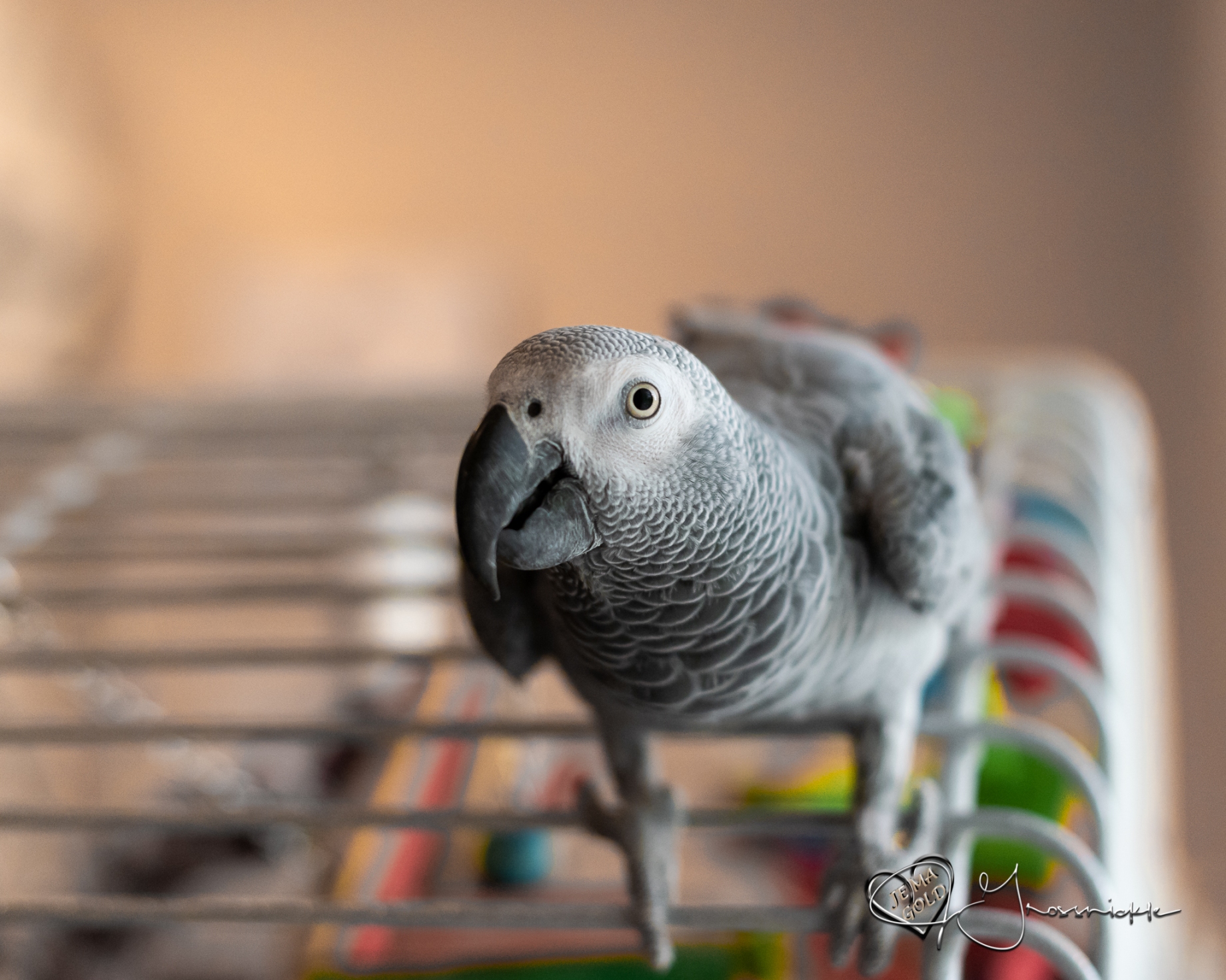 I own two parrots: “Maybelline” is a Blue Front Amazon that is 32 years old; I’ve had her for 12 years. And “Murphy”; an African Grey who is a little over a year of age.

Murphy came to me as a young parrot described as “mean”! When I went to see him, ironically because I was buying Maybelline some new toys, I didn’t think he was “mean” at all. Rather, this young bird was very frightened! I decided to bring Murphy home and give this young parrot a “second chance”.

After several months of working with Murphy, I decided it was a good idea to have him “vet checked” to make sure he was healthy. What I was most concerned about was a fecal analysis and a chem panel to make sure he was getting everything he needed in his diet and that he didn’t carry any parasites that might be easily treatable. I’m also concerned because although Murphy’s life has been greatly improved, he has begun to “pluck” his own feathers; his wing feathers had been clipped so severely that he has now “plucked” them completely out! I made this appointment at the vet teaching college in my home town and although I had to wait two months for my appointment, I did this because I thought it was the best thing to ensure I was truly giving Murphy (and Maybelline) a better life.

The vet appointment was a fiasco! The faculty vet got called away on an emergency and the newly licensed vets decided to “wing it”! The vet tech in charge of holding the bird was also new and not very familiar with parrots. In fact, EVERYONE enjoyed “meeting the parrots” which should have been my first clue… They don’t normally see parrots here!

I’m very angry at how the appointment went for both of my parrots! What I’m most angry about is at myself for destroying the trust these birds had with me in allowing them to be handled so roughly. When I got my “report” re: the lab work and fecal analysis, all that was written was that it was “unremarkable”. The rest of the “report” was taken verbatim from a text book I’ve read 20 years ago; in other words, it offered nothing but generalities!

I’ve worked hard “apologizing” to both parrots for subjecting them to this vet visit! Both birds have been fairly forgiving; now if I can only forgive myself? Live and learn? Maybe? What I won’t apologize for is advocating for an animal without a voice of its own! Well, at least a voice that would be listened to when all the easily recognizable signs of distress were given by my birds when handled by these “new” vets! Totally inexcusable!

I am very grateful for the support and ideas suggested by other knowledgable avian owners. For now, I don’t think we will worry about “vet care” as much as things I can do at home to help Murphy with his feather destruction. I want to especially thank Nita for this idea of a foraging/shredding toy for Murphy (and the person who put this tutorial up on YouTube that my husband followed in making this toy!)

Now that hard part… Regaining my parrots trust in that anyone I allow to handle these two very special beings will be gentle and caring. Sadly, I’ve got some work to do in this department now! I made a big mistake going to that vet teaching hospital; I hope they forgive me!!